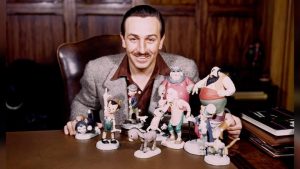 Then the depression struck the country. In 1921, Pesmen-Rubin’s revenue declined and Walt Disney was laid off. He was upset. His life turned upside down in such a short period. He was aghast.

Walt’s father wanted him to join his jelly factory but he desired to be an artist. There was enormous pressure — Walt found himself at a career crossroad. An unhappy moment in his life.

How you react today to a unpleasant event, how you experience the event, determines what you will become tomorrow.

More than happiness, sometimes ‘unhappiness’ propels us — furnishes us with adequate energy — forces us to have unwavering attention in the desired direction.

Should Walt do ‘What others wish him to do’? Or Should he follow his own wish?

What did Walt do? He channelised his energy and started his own company “Laugh-O-Grams”. 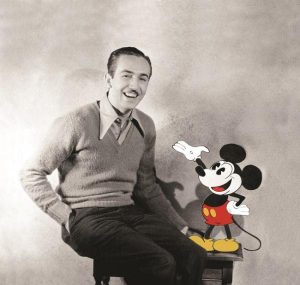 “Laugh-O-Grams” survived and things were going well for some time. Walt became a mini-celebrity in his small town. He had a contract for six animated shows from a local theatre. He and his team worked hard without any salary for a few months to finish the animation. He borrowed enough money to pay for the office and the project equipment.

Then the fate intervened. When they were about to complete the animation, the distributors backed off from the project. Walt was devastated. He was upset. His debts mounted. He was stuck in a rat hole.

What did Walt do then? He directed his mind and focused on the work. He came out with a brilliant, revolutionary idea — Inserting a footage of real girl within an animation. Thus ‘Alice’s Wonderland’ was conceptualized.

Walt had to borrow money again, to shoot the video and the animation sequence for ‘Alice’. While working on the Alice animation, he stayed at his office, as he could not afford a home, bathed at railway stations and relied on a can of beans. With a lot of struggle, Walt and his team finally managed to finish the cartoon ‘Alice’s Wonderland’.

Unfortunately, he could not get a new distributor soon enough and his company headed for bankruptcy. With a heavy heart, Walt had to close the company and leave for Los Angeles but the dream of publishing ‘Alice’ cartoon remained with him. 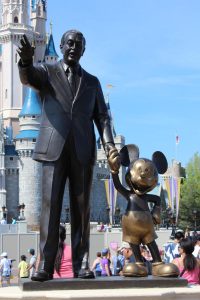 In LA, he knocked on the doors of many movie studios but returned empty-handed. Walt’s brother ‘Roy’ was working as a salesman selling “Vaccum Cleaners” in LA. Roy advised Walt to leave the movie business as he felt that the entertainment business had no future. He suggested Walt to start selling ‘Vaccum Cleaners’. Walt was depressed but determined to find a way to achieve his goals. He continued to keep knocking on the doors of opportunity.

One day Walt got a call from Mrs.Winkler(Who had earlier seen ‘Alice’ Cartoon and was impressed with the work) and she offered a contract for $1500 for 6 ‘Alice’ episodes. Walt’s life finally turned a corner. At least, he thought so.

“In happier times, we just go with the flow. We do not step back and take a hard look. We would be oblivious to the signs of failures. We would be less creative in an excited state”.

Then, one fine day, Walt was caught off-guard when he came to know that Mintz had hired illegally most of his employees. Mintz had planned to make new episodes using Disney’s team without Walt’s help. Walt also lost the rights of Alice and Oswald characters. He was terribly shaken. He was perturbed.

Walt thought of his father who had so many failures in the business. With every failure, his father’s depression grew. Walt promised himself that he would not go in his father’s path. He would not remain depressed.

Victor Frankl, in his book, says “The indispensable prerequisite for mental health is inner tension between what one already has achieved and what one should become. You need this ‘inner tension’ than the ‘inner equilbrium’ state to strive for a worthwhile goal”

How did Walt react? Walt channelled his energy, brainstormed with his small team for a new cartoon character — The Mickey Mouse character was born.

Walt was firm in his goals. His earlier ‘unhappy moments’ had toughened him up — He had developed a thick skin by this time. He was ready to face any unforeseen circumstances. He knew his inner strengths and was aware how far he could stretch. He firmly believed that he could change people’s life.

Instead of ruminating about the terrible things, it would be better to distract yourself. What would be the best distraction other than doing what you love? 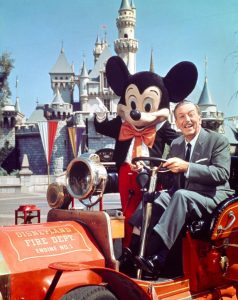 ON THE RACE TRACK

Walt and his team made a couple of ‘Mickey Mouse’ episodes but failed to find a distributor. He was not ready to give up. He realised that he had to do something better than what every other animation company was doing, to gain a foothold. After contemplation, he got an idea — To add sound to the cartoon. It was an advanced technology at that time and very expensive. Nobody had tried it yet in the animation industry. Viewers had no exposure to animated action being synced with music. It would be groundbreaking. Walt’s team began to work rigorously on sound integration and finished it.

Once again, Walt could not find a distributor for another three months. But he kept trying. Finally, he got an opportunity to play one of his ‘Mickey’ episodes, for two weeks in a local theatre. When the first show ran, the crowd was captivated by the breathtaking action, sound and gags — Many requested the theatre owners to re-run the show. It was a massive hit. The Walt’s began to spread.

In 1931, Walt faced a personal and professional turmoil in life. He wanted to have a child, but his wife Lilian miscarried. He was very upset with that. He was cracked up. He couldn’t talk to anyone. He cried a lot. He was in the middle of a nervous breakdown. On the business front, he had lost a lot of money in making “Silly Symphonies” series. He lost very reliable, trusted manpower to rival studios. Things were terrible. Another unhappiest, restless moment in life.

Walt knew that he had to distract his mind from worries. What did Walt do? He threw himself more into the work. The situation began to improve.

By 1934, Walt Disney had become dissatisfied with producing formulaic cartoon series. His enthusiasm was waning. He was bored and unhappy. He felt that he needed a new adventure. He was restless. He was relentlessly moving around to find a new way to toss away his unhappiness… Then the idea came like a lightning flash.

One evening, he called his office colleagues to the auditorium and he stood on the stage. He acted out a story — He impersonated all the characters of the story — He even acted like animals — He showed all the emotions — Everyone was enthralled and mesmerized. Walt proposed that the story could be made as a full-length animated feature film, which was never been done or tried. Roy was worried that it would be a disaster for the studio resulting in bankruptcy. The bankers were hesitant to lend the money. But Walt didn’t budge. Thus the movie “Snow-White and Seven Dwarfs” began. 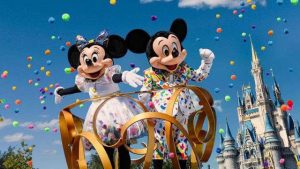 In 1948, Walt Disney was nearing fifty and found himself again in a crisis. The studio had lost a lot of money in making movies Pinocchio, Fantasy Land and Bambi, as they were released around the time of world war. As the staff count increased more than 1000, Disney had invested a huge sum of money in buying a 51-acre field to build a dream studio. The company was financially in a precarious situation. One of his movies, “Song Of South” received plenty of negative criticisms for portraying ‘Racial Abuse’ and ‘Slavery’. Walt was demoralized by this time with all those issues.

Walt faced one more problem — Striking employees. He could not believe that his own employees stood against him. It was the last nail. Walt was dispirited. He felt that his life had lost its meaning.

Walt knew that the only way out of the depression was to work but making movies was not exciting anymore. Walt felt that his enthusiastic energy had completely drained off. He was afraid that it would be impossible for him to make anything as good as snow white. He felt that he had lost his innovation capabilities. He was upset. But determined not to lose hope.

As Walt needed a new adventure in life, he thought that he could take a short vacation and go to a Rail-road convention along with a train enthusiast. The trip transformed him. After arriving back home, he spent 4–5 hours daily in his workshop and built a toy train, set of train-cars and rail tracks with his own hands. He built a scaled down model of the track, barn, village around his house. He enjoyed travelling in that toy train. He loved it. Slowly, an idea emerged in his mind and started taking a complex shape as the days passed by — ‘The Disneyland’ concept blossomed.

Walt had earlier placed people inside his cartoon(Alice). Now he realised that he could place real people inside a new fantasy world. He could construct those landscapes, castles(Part of his earlier movies) in real, like how he had built the toy train. Roy was against it. Bankers were nervous. But Walt didn’t budge and pushed his idea stronger.

On July 17, 1955, Walt Disney opened the ‘Disneyland’ and wrote the beginning of a new chapter.

Walt Disney showed that every pitfall, trauma, horrible event could be a stepping stone to a bright future. A degree of unhappiness in life can be beneficial and can signal a need to change the course of life.

What is the success story of Oprah Winfrey?